Of a hut in the fields the elder,
I’m the poorest man on earth!
Inside the house there’s not one thing;
When I open my mouth it says “empty, empty.”
In the past I had bad friends –
I saved them all, made them priests;
Sitting together in harmony,
I always have them hear of the Mahayana.
At mealtimes I carry bowls for them,
I serve them one and all.

White-robed, I don’t adhere to appearances;
The true principle arises from Emptiness.
Because my mind’s without obstruction
Wisdom goes forth to all directions.
I only consider the lion’s roar – I don’t let wild jackals yap!
Bodhi is said to be most marvelous, but I scold it for being a false name.

Some people despise old P’ang,
But old P’ang does not despise them.
Opening my gate, I await good friends,
But good friends do not stop by.
As is my mind’s endowed with the threefold learning –
Consciousness-dusts do not mix with it;
This one pill cures the ten thousand ills –
I’ve no need for the many prescriptions.

Without no other, within no self.
Not wielding spear and shield, I accord with Buddha-wisdom.
Well-versed in the Buddha-way, I go the non-Way.
Without abandoning my ordinary affairs,
The conditioned and name-and-form are all flowers in the sky.
Nameless and formless, I leave birth-and-death.

It is called Wisdom, and Wisdom is the honoured.
Mind and Wisdom interfusing, you penetrate the Origin,
And the ten thousand things likewise return into the Gate of Non-duality.
Existence is not existence – the Principle is always present;
Nothingness is not nothingness – Nothingness is the root of existence.
All Buddhas of the future will also be thus;
Those of today are the same as the ancient World-honoured Ones.
Throughout the three realms there is no other Way;
What Buddha imparted to Buddha is being transmitted today.

If it’s said that Bodhi is difficult,
Bodhi is also not difficult.
Wanting little and knowing content, the least is ample.
Forever free from wealth and lust, the spirit of itself is at ease.
I clearly perceive the Three Road’s pain,
And am not concerned with worldly fame.

Difficult, so difficult!
Trying intentionally to get free of desire, you covet Nirvana.
You just seek the Pure Land everywhere else.
If it’s a question of true practice, you’re not concerned with it.
Uselessly striving, your coming and going is painful,
Until at last you empty forms and return home.

Easy, so easy!
These very five skandhas make true Wisdom.
The ten directions of the universe are the same One Vehicle.
How can the formless Dharmakaya be two!
If you cast off the passions to enter Bodhi,
Where will any Buddha-lands be?

Mind depends upon true Wisdom,
The Principle pursues activity of mind;
With Principle and Wisdom unhindered,
The mind is birthless.
Deluded, there is self;
Enlightened, there is no-sentience.
With great Wisdom penetrated,
All the dharmas do not arise,
The five skandhas are masterless,
The six lands are in repose,
The seven deaths are not encountered,
The eight mirrors are completely bright,
And excellent transformations fittingly occur
In accord with the Buddha’s words.

The past is already past – don’t try to regain it.
The present does not stay – don’t try to touch it from moment to moment.
The future is not come – don’t think about it beforehand.
With the three times non-existent, mind is the same as Buddha-mind.
To silently function relying on Emptiness – this is profundity of action.
Not the least dharma exists – whatsoever comes to eye leave it be.
There are no commandments to be kept, there is no filth to be cleansed.
The empty mind really penetrated, the dharmas have no life.
When you can be like this, you’ve completed the ultimate attainment.

No-greed surpasses charity,
No-folly surpasses seated meditation,
No-anger surpasses morality,
No-thought surpasses seeking relationships.
I manifest all an ordinary one’s affairs, and at night I sleep at ease.
In winter I turn to the fireplace – the fire that’s basically smokeless.
I neither fear the demoness Blackness, nor seek her sister Charity.
Trust in fate produces expedients; all ride together in the PrajÃ±a-boat.
If you can understand like this, your merit is truly boundless.

Grasp emptiness, and emptiness is form;
Grasp form, and form is impermanent.
Emptiness and form are not mine –
Sitting erect I see my native home.
When the mind’s as is, the spirit of itself is empty.
Without applying medicine, ills remove themselves.
With ills removed, you naturally see the lotus-flower Mani-jewel.

Don’t trouble over affairs, don’t bustle around!
The wise one, perceiving wealth and lust,
Knows them to be empty illusion;
Food and clothes sustain body and life –
I advise you to learn being as is.
When it’s time, I move my hermitage and go,
And there’s nothing to be left behind. 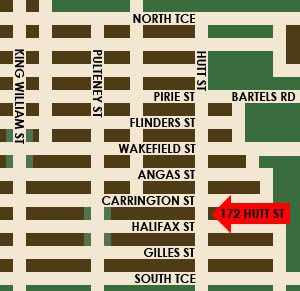